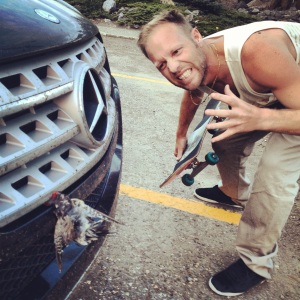 This is the video of the three week road trip Kelly and I took this summer. We skated every park we could find along the Alcan. We went through Seattle, Portland, Tahoe, Vegas, LA, Venice Beach, Camarillo, up the PCH to Santa Cruz and San Francisco, and back up to Anchorage. Trip of a lifetime. Get out there and see the world.

Editors note: By no means does the author represent this to be great, or even that good of skateboarding. Its just to show the fun of a road trip. I know you can all skate better than me so don’t trip. HAHA. This video was shot entirely with GoPros and an iPhone.


This is a video I made for Heckler.com when I was working for them and living in Tahoe (Make sure and check them out cause their site is tight and they have the finger on the pulse of Tahoe). The video is from Boreal last spring. It features Alaskan Roger Post, music by the Alaskan band “Lavoy”, and myself. All of it was shot on a ContourHD cam on my goggles and a GoPro mounted to the nose of my snowboard.

My birthday was spent exactly the way i would want to spend it: snowboarding with cool people, getting pow turns, and eating BBQ. haha.

The day started out early as I headed to Mom’s house for home made biscuits and gravy. After that I hit the road and headed to Aly with Kelly B. and Jason Moore. Riding with Moore is like finding Animal Chin if Chin had all the newest gear from pro-form. After refusing to wear the worst bearded face mask bandana and picking up Kelly’s boots from lost and found, we pulled into the parking lot.

After gearing up and heading to the top I was informed that since it was my birthday I would need to do as many tricks as I am years old. I said even in my hay-day i didn’t know that many tricks so we compromised at number of jumps/air/tricks. In case you’re wondering that meant 38 tricks. Good thing the days are getting longer and the quad is open longer huh?

I managed to get a new line off the kitchen wall cliff that pretty much made my day. I’ll try to have a shot of it on here. High traverse also opened and was pretty decent. I traversed to where 3 ski patrollers were posted up (about 50 yards from the opening) and asked if there was a boundary since there was no fencing up. The answer I got was in typical ski patrol fashion: “where you see tracks is open, where there are no tracks is closed.” That seems about right. Ugh.

I got my 38 hits in as we made our way down the last run of the day. Hit 38 was a small cliff below picnic rock: the stuff that goes right onto the trail above brown-shorts (i know, best trail name ever). Pretty much nothing but flat landings but as I always say YORYKO (You Only Ruin Your Knees Once) so I figured I would try to sneak into some transition just below the cliff. But first I had a blast watching Moore slip down until he lost his edge and ended up on the edge of  the drop he wanted to hit as though he was dangling his feet off the dock. After climbing back up enough to jump into the mogul field I was pushed and pulled by Kelly yelling that everything was flat and Moore yelling that it was all good. I think I know who has my best interests in mind and who just wanted to see me splat.

I thought I spied a little pillow of pow to land on so I set forth to do so. I also wanted to ride with my new gopro stick in my front hand. Little did I know that its not that easy to try to edge out and worry about nailing a tiny area while trying to film myself. So I opted for overshooting the sweet spot and sucking up the flat landing like a man, all to the shouts of “THIRTYYYYY EIGHTTTT!!!! THIRTYYYYY EIGHTTTTT!!!!!” from Moore. Good times.

I also have to say its been a pretty amazing season to get to ride with a woman that A) is a good rider, B) wants to improve, C) will ride and search out pow days on her own and D) isn’t scared to push herself. I know there are great female snowboarders out there, Im just saying I’ve never dated one and it’s really awesome to be able to share my joy and passion for snowboarding with someone that I care about. Thanks Kelly.

After the shredding ended we parted ways with Moore and picked up mom for some amazing BBQ at “The BBQ Pit” on Dimond. Its the only place in town to get Sweet Tea, fried okra, and corn fritters. Its truly unbeatable.

Thanks to everyone that made it an amazing birthday. I appreciate you all helping me celebrate the anniversary of my 21st birthday. Haha.

(Kelly, Me, Jason Moore at Alyeska) 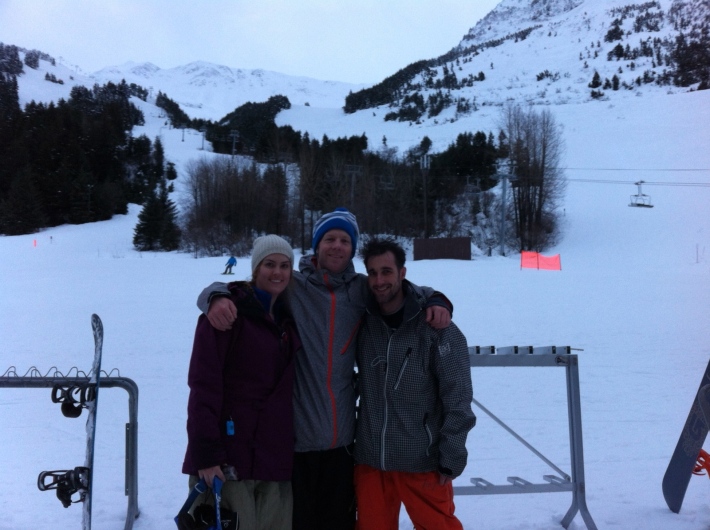 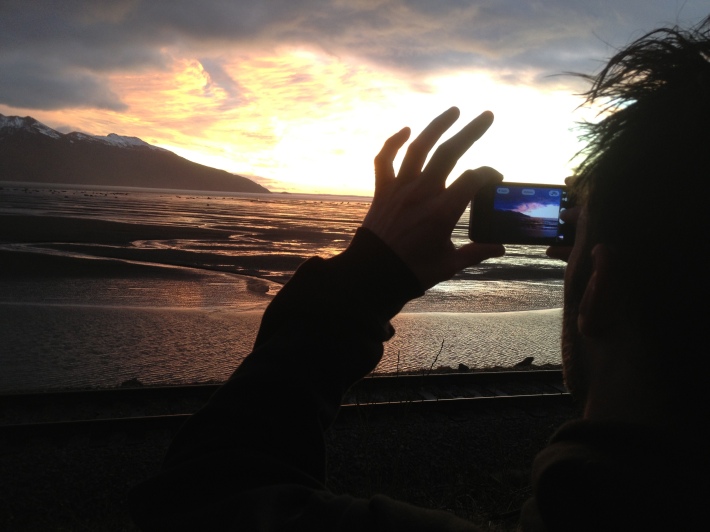 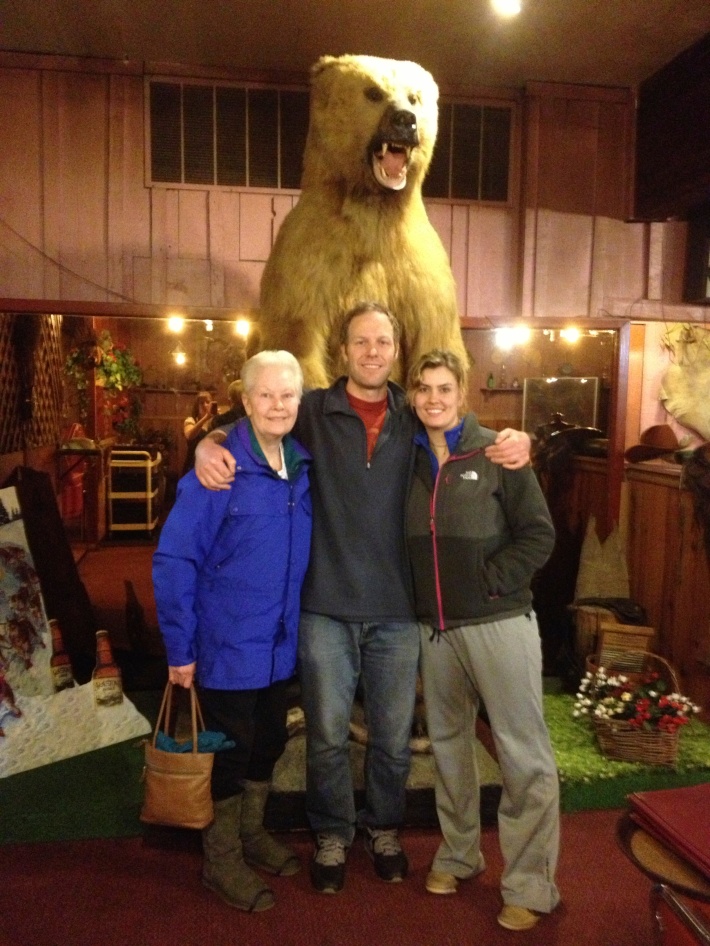